underwater
Main Program Downloads
Advanced Combat Tracker - Setup (3.5.0.273)
Downloads: 2241210
ACTv3 Installer - This setup will check your .NET Framework version, create a desktop icon, optionally create Start Menu items and create an uninstaller.
935 KB
Modified: 2020-11-23
Added: 2011-05-05
Advanced Combat Tracker - ZIP Archive (3.5.0.273)
Downloads: 565080
This ZIP archive contains all the files from an ACTv3 installation and also includes the ACTv3 Clipboard Sharer.
1289 KB
Modified: 2020-11-23
Added: 2011-05-05
ACTv3 Clipboard Sharer - Setup
Downloads: 44031
This separate application will allow you to send clipboard/G15/G19 data to your EQ2(or otherwise) computer while ACT is being run across the network.  (Connect from ACT's Options tab, Miscellaneous section)
398 KB
Modified: 2011-05-05
Added: 2011-05-05
The program may be run from any local location on your computer. After its first execution, it will create a .config.xml file of the same name to save general settings to within the %APPDATA%\Advanced Combat Tracker\Config folder. It will not specifically save any data to the Windows Registry, so uninstallation is simply deleting the program and associated %APPDATA% folder. If you use the EXE Installation, you may wish to use the uninstaller to remove everything.

To use this you must download and install the SlimDX libraries. (Direct Link)
More Information
17 KB
Modified: 2018-05-06
Added: 2011-05-18
[EQ2] Armory Tracker
Downloads: 11995
The Armory Tracker plugin is designed to be an extension of the Dragon's Armory website. The first release includes support to track loot drops in Everquest 2. Personal dps parse tracking for better character analysis is in the works.
56 KB
Modified: 2018-01-09
Added: 2014-11-11
[EQ2] Ascension Combos
Downloads: 16369
Provides a quick way to organize triggers for EQII ascension spell combinations. A set of triggers and timers for your ascension class can be enabled and disabled with a single click. If your group or raid members 'say' a trigger phrase that references the companion spell when they cast an ascension spell, the plugin can give an audio and/or visual alert if your class can attempt a combo by casting the companion spell. More Information -mineeme-
193 KB
Modified: 2017-07-10
Added: 2017-03-12
Chromatics
Downloads: 21368
Chromatics is a plugin for Advanced Combat Tracker (ACT) which connects Final Fantasy XIV (and other ACT compatible games) with Razer Chroma, Logitech & Corsair RGB devices. You can use this to make your keyboard, mouse, headset, etc. react to events, custom triggers, timers & other in-game functions by creating visual alerts using the devices' countless lighting options. -More Information-
1798 KB
Modified: 2017-03-03
Added: 2015-11-29
[EQ2] Loot Tally
Downloads: 7661
(Branch of the Loot Parsing plugin)
Parses for direct looting and lotto winning of items and collects optional chat text preceding it. The plugin maintains a tally of who has won how many pieces of loot for their main character or an alt, and uses in-game commands to add/reassign/delete loot from the system. The loot logs, tally, and command history is displayable in a sortable/exportable table interface. (Available for EQ2 English-German-French) -Dracks- -More Information-
162 KB
Modified: 2013-08-13
Added: 2013-05-02
[EQ2] Loot Parsing
Downloads: 14268
Parses for direct looting and lotto winning of items and collects optional chat text preceding it. Data is displayable in a sortable/exportable table interface. (Available for EQ2 English-German-French) More Information
65 KB
Modified: 2013-02-19
Added: 2009-05-16
[EQ2] CurseView
Downloads: 9925
Plugin to keep track of who is actively pressing their cure curse buttons , and who's cure curse spell is up. Handy for healers to coordinate , and for others to have an overview. More Information -Brylcream-
549 KB
Modified: 2011-04-08
Added: 2011-04-08
Gossip
Downloads: 5114
This plugin , if set up correctly ,gives you the ability to make ACT trigger sounds, tts or start timers based on what happens in other raid member's log files. More Information -Brylcream-
44 KB
Modified: 2011-04-04
Added: 2010-09-21
[EQ2] Auctioneer Plugin
Downloads: 4577
A plugin that allows you to auction items while still being closely focused on the raid. Automatically generates channel messages based on the bids you get , advances and finishes auctions up to including sending tells to the winner all this using only 1 button. -Brylcream-  More Information
11 KB
Modified: 2011-03-07
Added: 2011-03-08
Auto Attack notification/tracking
Downloads: 46364
Detects auto-melee attacks and tracks the different types as displayed by the Special column(aoe, double, etc). Each different special type can have a sound event attached. More Information
29 KB
Modified: 2010-06-19
Added: 2008-10-04
XML Share Server
Downloads: 5309
This plugin's purpose is to make it much easier to share XML settings exports of spell timers and custom triggers.  Through customized export lists, you may save timers/triggers to file, upload them via FTP or have them dynamically generated by ACT's web interface.  More Information
64 KB
Modified: 2010-03-13
Added: 2010-03-13
Timer Repeater
Downloads: 7732
Will clear and repeat a spell timer when it hits zero if it has "repeat" or "repeat combat" as the tooltip entry. If you start the timer twice within three seconds, it will kill the timer.  More Information
3 KB
Modified: 2009-12-12
Added: 2009-06-09
DPS Title
Downloads: 22721
Upon an encounter ending, the allied ExtDPS will be prefixed to the title of the encounter in the treeview of the Main tab.  More Information
2 KB
Modified: 2009-09-12
Added: 2008-10-04
Talking DPS
Downloads: 19435
Speaks current raid/group or personal DPS for the current encounter using text-to-speech. Configurable options: Report raid/group DPS or personal DPS.  Speak current encounter DPS every specified number of seconds during an encounter.  Speak mob name, encounter duration, DPS, and number of allied deaths after the current encounter ends.  More Information
17 KB
Modified: 2009-03-20
Added: 2008-11-07
Export the All encounter to clipboard
Downloads: 7047
When combat ends, the 'All' encounter of that zone is exported to the clipboard using default formatters. This plugin conflicts with normal clipboard exporting... if both are used, the automatic clipboard export of the recently finished encounter will overwrite this plugin's export. More Information
2 KB
Modified: 2008-10-04
Added: 2008-10-04
Text Clipboard Sharer
Downloads: 6287
Every second the plugin checks for new text in the Windows clipboard. If new data is found, it is sent to the ACT Clipboard Sharer, if connected.  More Information
2 KB
Modified: 2008-10-04
Added: 2008-10-04
[EQ2] Measuring Distance by /loc
Downloads: 6969
This plugin will provide an interface to give the distance between any three points.
Typing /loc in-game will fill in Location A.  More Information
13 KB
Modified: 2008-10-04
Added: 2008-10-04
The following is a generic process to install a plugin for ACT.
Secondary Downloads
Sample PHP files for use with ODBC/SQL exporting
Downloads: 2334
This file contains sample PHP files to use with a MySQL datasource.  These files are bare templates only meant to show how to make queries for certain procedures.  They have little formatting which allows you to write code around them easily.
11 KB
Modified: 2011-09-16
Added: 2008-09-28
ACT Plugin API Documentation
Downloads: 4630
7Zip executable archive of the plugin API documentation for ACT.  You may find an online version of this documentation here.
601 KB
Modified: 2020-11-23
Added: 2008-10-01
ACT Spell Timers Export
Downloads: 7549
This is an export excerpt of my own spell timers ranging from T5 to pre-TSO raids. (uncategorized)

Apparently TL servers are a thing now, so I guess this is useful, somehow. I can't say how accurate these will be.
20 KB
Modified: 2008-11-22
Added: 2008-11-22
TSO Spell Timers Export
Downloads: 5102
Compiled list of TSO timers for backup restoration purposes. I can't say how accurate they will be anymore.
21 KB
Modified: 2010-03-24
Added: 2009-09-23
ACT Plugin Sample
Downloads: 6243
Sample C# code of a mostly blank plugin.  Provides an example on making a plugin based off a UserControl thus visually editable by Visual Studio and an example of using ACT's SettingsSerializer. More Information
4 KB
Modified: 2019-09-21
Added: 2010-02-27
Find My EQ2 Log
Downloads: 2736
This program has the ability to download the Microsoft utility Handle and scan for any open eq2 log files.  EQ2 should be running beforehand.  More Information
139 KB
Modified: 2021-02-04
Added: 2011-03-04
TLS Logger
Downloads: 277
A simple .NET application that makes web requests, then logs and displays HTTPS diagnostic info as seen by .NET 4.0 APIs. It should behave similarly to ACT.
7 KB
Modified: 2019-12-31
Added: 2019-12-04
External Links
MySQL Connector/ODBC
Visits: 3331
ACT's database exporting functions rely on ODBC datasources.  This is an ODBC driver for using a MySQL server as the datasource.  This must be installed on the computer ACT is being run from.
Added: 2008-09-28
Microsoft .NET Framework 4.6
Visits: 1373
This is the highest version of the .NET Framework that will work with Windows Vista.  Using this version or higher should solve the error message: "Could not create SSL/TLS secure channel."  The issue is due to ACT using TLS 1.0 in older versions of the .NET Framework where higher versions did not exist.
Added: 2019-07-18
Concerns/Privacy? 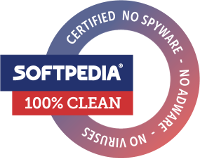 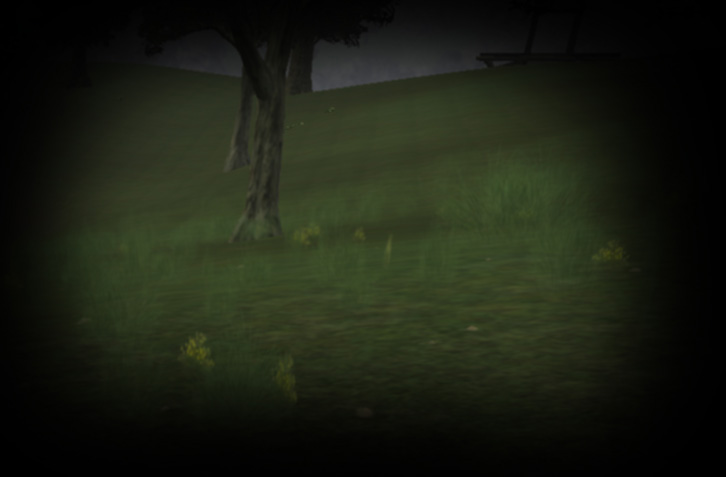